Way back last December (I know I’m so behind updating) I shot for the Designer OneofOne. I absolutely fell in love with her work and so rather shyly asked if I could borrow some pieces. Several weeks later I got a very exciting parcel. Unfortunately December is pretty awful to shoot in. I had hoped for snow so we could make it an alternative Bridal type shoot. As luck wouldn’t have it it didn’t snow but it was rather sunny for the 5 hours of daylight we got to shoot in. The poor model was very brave and resilient considering the bitter cold- my fingers were pretty numb trying to change settings on the camera. At the time we didn’t have transport and we’d all got the bus up to Consett to the Make Up Artist’s house to shoot around there. So we pretty much just shot in a clump of  trees and buses off a road. Alas when you’re you’re poor and can’t drive you don’t get many choices in the matter, however it’s a true measure of gumption if you can make pretty pictures in the most barren of places. 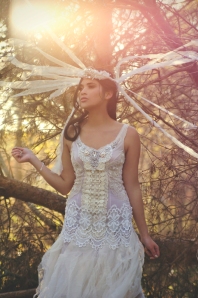 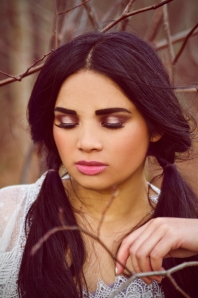 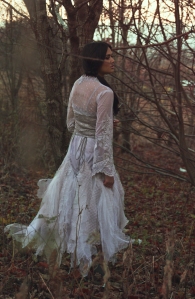 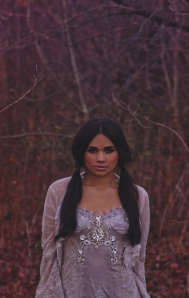